During the period of time my mother was in hiding, my father survived four concentration camps. When this ordeal was over my father was emotionally damaged for the remainder of his life.

Although my parents experiences left them emotionally scarred, they never wanted me to be oblivious to what happened to 6 million Jews and 6 million Christians. I now feel it incumbent upon me to relate the experiences of the holocaust.

My mother and her family were hidden underground in Poland for years. Constantly changing locations for fear of the imminent danger that she awaited. My mothers experiences left her with a constant feeling of despair and paranoia that weighed on her for her entire life.

During this tragic period of time while my mother was in hiding, my father was forced to suffer in four separate concentration camps until the end of the war. When his ordeal was finally over, it left my father emotionally distant and filled with fear. For the remainder of my fathers life he suffered with a severe phobia of police and anyone else in uniform with long black boots, additionally he suffered with night terrors.

Although my parents experiences were tragic and left them emotionally scarred, they never wanted me to be uneducated about the horrors they endured. The values they instilled in me allowed me to live a happy and fruitful life. I now feel it is my duty to share the education and experiences that my parents shared with me.

My discussions center on their personal experiences of the Shoah as well as my own as a child of holocaust survivors. 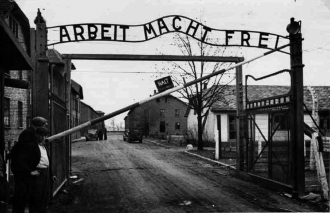