Lectures On The Holocaust

Dr. William Reszelbach is a child of holocaust survivors. He is a former school teacher, chiropractor, businessman, certified hypnotherapist and lecturer. He has lectured on the holocaust at temples and libraries. These informative lectures are extremely valuable for: 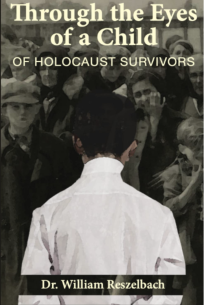 After an atypical childhood during which he was raised by two Holocaust survivors, Dr. William Reszelbach has devoted years sharing his story with audiences, and learning its roots in Holocaust history, Jewish tradition, and post-World War II culture across Europe.

In his first book, he brings together his extensive studies on the Holocaust as well as the life of Adolf Hitler, several anecdotes from his childhood and early adult life, the Jewish faith, his recent trip to Poland with the March of the Living, and modern-day anti-Semitism.